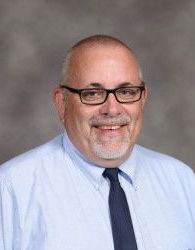 two campuses. He graduated from California State University, Chico (AKA Chico State) with a BA in History and

a minor in Spanish. Darren substitute taught for 2 years in the Provo and Alpine School Districts while managing

He also taught new teacher support and test prep courses while with the Alisal Union School District in Salinas, CA.

While teaching at American Preparatory Academy in Draper, he was asked to be the founding Director of The Ranches

Academy in Eagle Mountain, which he did for 4 years while also serving as Board chair of the Utah Association of

Public Charter Schools. Along with several Ranches Academy founders and parents, he helped write the charter and is

a founder of Rockwell Charter High School in 2007, becoming the Director there in 2008. After a brief time working

for UAPCS, on a state grant project, and Harmony Educational Services as a consultant from 2010 to 2012, he was

asked to step back in at Rockwell in July 2012 where he remained until June 2020. He was UMA's founding Board chair

and has been on the Board for about 6 years total. Mr. Beck knows the power of a very personalized education and

how essential that cardstock with the fancy writing (AKA diploma) really is for a young person. Cadet growth and

development are critically important to him. Darren is married to the former Paula Paulsen of Orem and they have

Bowie and Otis. He is excited and very committed to be at UMA.