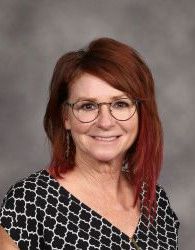 Mrs. Larsen was born and raised in the Ogden area. She graduated from the University of Utah with a Bachelor’s degree in Communications and later received Special Education Licensure from Weber State University.

Mrs. Larsen joined the Utah Military Academy campus mid-year 2018 as a Special Education Teacher and Case Manager. She is now looking forward to embarking on a new career as the UMA Special Education Director. Her interests include snow skiing, mountain biking, and running, and Mrs. Larsen’s passion is spending time riding and showing her horses.