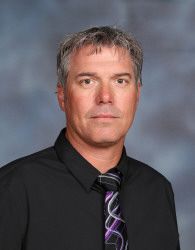 Senior Master Sergeant Reed A. Keller is a Junior ROTC instructor at the Utah Military Academy, Riverdale, Utah.  Sergeant Keller enlisted in the Air Force in May 1993 serving as a Munitions System Technician until 2004 when he was selected for duty with the Air Force Office of Special Investigations (AFOSI) as a Federal Agent. After completing training at the Federal Law Enforcement Training Center, Glynco, GA Sergeant Keller served in numerous, Special Agent, Superintendent and Special Agent in Charge position throughout the globe.  He has deployed multiple times, serving in Iraq, Afghanistan, and Kuwait.  He retired from active duty on 1 May 2016, after 23 years of service.

Sergeant Keller is married to Kristin Keller and they have three children, Brittanie, Hunter and Lance.